Why does Elocarry require KYC for League Scripts? 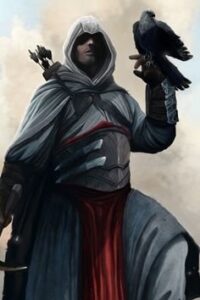 After coming out of open beta in October 2009, League of Legends has taken the gaming world by storm, with over 2 million people playing concurrently during its peak times. What sets League of Legends apart is its masterful game design, amazing community and Riot Games’ epic support for the game.

However, some players find it difficult in strategizing coordination attacks in the game. So, what they do is make use of simple scripting! Today, we are going to talk about League of Legends scripts, how they work and some of the best undetected lol scripts!

What Exactly is Scripting in League of Legends?

Scripting in League of Legends is the use of a program to automate certain actions in-game. The most common form of scripting is to automate farming, allowing users to level up faster and gain an unfair advantage over other players. Scripts can also be used to increase the speed at which you move around the map, allowing you to get from point A to point B much faster than your opponents.

Some scripts even allow you to see where enemy champions are at all times, giving you complete vision over the game map. These scripts give users an unfair advantage over other players, as they allow them to accomplish more with less effort. If you’re playing against someone who is using a script, it can feel like they have an invisible teammate helping them win matches—and sometimes even entire games!

Scripts can be compared to AI/bot playing because they give users an unnatural ability that makes it seem like they’re operating on superhuman levels of intelligence and efficiency. They can also be compared to aimbots in Counter-Strike because they allow players to aim their shots more accurately than humanly possible—making it easy for them to hit targets from long distances away with little or no effort required on their part.

Lol Scripts are Basically of 3 Types!

So, in the world of scripting, every script is pretty much divided into three types:

Let’s have a look at them in further detail!

Utility scripts in League of Legends are one type of script used by players to help them gain an advantage in the game. The most common utility script is an auto-attack script, which attacks your enemies at a timed interval, or whenever they appear within a given range. This can be useful for newbies or pros alike since you don’t have to worry about manually attacking opponents.

Other types of utility scripts include ones that ping your enemies when you’re low on health, ones that alert you when an opponent is trying to gank you, and ones that will automatically cancel your ability to use flash if you’re caught out of position.

Utility scripts are great for helping builder items complete their build path faster than usual, making it easier to take down towers or other objectives like Baron Nashor.

Champion scripts are a type of script in League of Legends that are mainly specific for champions. By using such scripts you can abuse the champion’s mechanics, this way you have more chances of winning.

This script is useful if you want to gain an advantage over your enemy or if you are just trying to improve your gameplay. For example, if you use this script on a champion who has a skill that requires channelling time, then it will make it possible for you to cast the skill without having to wait for its cooldown time.

In general, these scripts are used by players who want to improve their gameplay and win more games than before.

Awareness scripts are a type of script that gives you access to the information you can’t otherwise get. Scripts are a part of the League of Legends client and are injected automatically as soon as the game starts.

For instance, there’s a script that gives you information about the location of every champion and wards on the map at all times, which is especially useful in the lane phase. Other scripts display enemy champions’ abilities’ range and remove the fog of war to let you see through walls.

When it comes to league scripting, Riot games are very strict. They strictly prohibit scripting as well as immediately ban someone who is found guilty. But, does that mean that there’s no such script that can bypass Riot’s detection system? Well, there’s certainly one such scripting platform which provides a UD league script for League of Legends. Its name is Elocarry! 😊

So, What or Who Exactly is Elocarry?

Whether you’re a rank-one challenger or just playing League of Legends for fun, Elocarry has the perfect cheat for you.

Elocarry offers cheats and hacks for every level of player. Their internal technology has been used to help players dominate their enemies in solo queues for years. Want to carry your team to victory? Elocarry can help! Need to improve your game knowledge and mechanics before you even start playing? Elocarry can help with that too.

Elocarry’s cheats are all custom-built using proprietary technology, so you know that everything will be unique, personalized, and suited to your specific needs. You’ll never have to worry about getting banned, either—the cheats are always undetected! No silly two-game bans here.

If you’re looking for a Lol script that’s undetected, easy to use, and has a genuine KYC system, then Elocarry is the script for you.

Elocarry scripts have been tested and proven to be undetected by Riot AC. Elocarry’s intuitive interface makes it easy to use even if you’ve never used a scripting platform before. Our genuine KYC system is in place so that our community can stay safe and secure. This is why Elocarry is known to provide the safest Lol scripts!

Elocarry as a platform also has zero tolerance for toxicity within their community. Elocarry believes that everyone should feel safe not just when using our scripts but also when you, the user are interacting with our community.  We will ban anyone who makes others feel unsafe or uncomfortable with their behaviour.

Finally, Elocarry scripts are affordable and offer 24/7 support for all users of their products—and all of this is available at the touch of a button!

So, How to Buy Elocarry League of Legends Script?

Elocarry is the safest league script that lets you play League of Legends without having to worry about getting banned. The script is made by the best developers from Leaguesharp, and it has been around for many years.

To buy an Elocarry’s League of Legends Script, you will first need to verify your identification. This process is done through our community forum, once this verification is done, you can access our private game cheat store, ready to freely purchase!

You can choose from several different types of script subscription lengths, depending on how much money you want to spend – the Lite plan costs £30 for 7 days, the Premium plan £40 for 14 days and the Elite plan £60 for 30 days. Moreover, all Elocarry scripts are safeguarded by Elocarry security which ensures that you go undetected while using them!

Some Features of Elocarry Scripts

Elocarry scripts are based on many years of experience with the game. Their developers have been working hard on making the best script possible, to get you those wins. No one can make a script that is 100% accurate, but they are getting close. Their scripts are:

Why does Elocarry require ID verification?

If you want to purchase our lol script software we require you to verify your identity using our approved KYC methods. We do this because we believe in minimising risk everywhere possible. Our KYC system uses the same style as every large company such as coin base. This is a real system using real scanning techniques by AI to ensure the ID that is submitted isn’t faked or falsified in any way.

Does Elocarry receive bans after a few games?

No. Elocarry is a truly undetected platform. Every game we provide cheats, scripts and more for, is fully undetected and safe to use.

What does Elocarry think of other platforms?

Elocarry’s stance is that instead of leveraging our position against the big platforms like BGX.gg, Robur.lol, Hanbot and all of the other large platforms we believe in scaling in a completely different way to those guys. We don’t aspire to be at their scale. Platforms aside, we believe it’s important that every platform has a mutual, good relationship. I know crazy right? Another provider who doesn’t automatically hate another platform?? Well no. We all have the same goals, there is enough room in this market for everyone to make their money so it comes down to making sure our products are safe against the likes of Riot AC, EAC and any other anti-cheat that stops the cash from flowing.

If you own a platform and want to connect, feel free to add me personally on Discord: Zlitz#0972. We would be happy to connect and offer help.

Why does it cost to verify my ID?

We charge a one-time fee of £10, which grants you 5 scans. We are not a big company with huge investment, we are not able to absorb the costs incurred of scanning documents like Coinbase and co. So we have to charge a small one-time fee that covers the cost. This costs money due to the scanner checking the document to see if it’s fake or legit.

So, all in all, the Elocarry script comes out to be the best bet when you are opting for a League of Legends script. It’s safe, undetected, protected by KYC security and even has extremely reliable 24/7 customer support. What else do you want?

Have something you want to share with Elocarry? Want to be featured on our next blog post? Get in touch!

Elocarry provides undetected game mods and script software for popular games. Public and private game mods are available for those who wish to join the private Elocarry section.